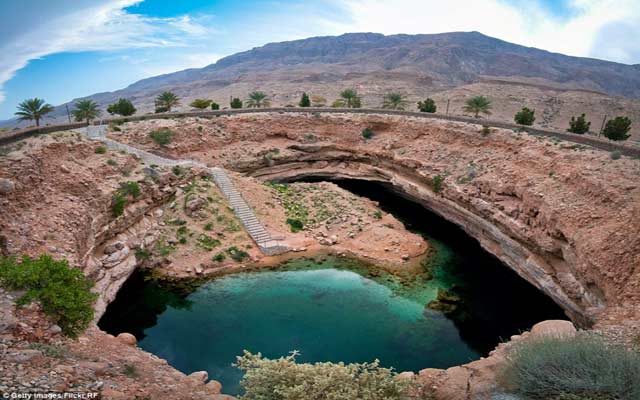 Bandar Jussa provides 5 excellent dive sites with wonderful corals and boulders to swim around. Because of the shallow depth (up to 15 meters) this site is very suitable for training and night dives. Plenty of cuttlefish, spiny lobster and the odd turtle have been spotted. This is our house reef. Situated at the end of the bay only 3 minutes away from the Dive Centre.

15 min away from the centre, a large area of outstanding beauty, with rocky outcrops, deserted beaches and small islands accessible only by boat. The underwater scenery does not disappoint with stunning rock falls, picturesque walls and reefs festooned with colorful arrays of coral and tropical fish. Bandar Khairan offers shallow bay dives and deep wall dives for both the beginners and experienced diver.

Just 30 minutes away from us, Fahal Island offers a number of dive sites with an amazing diversity. It has the greatest variety of coral in one area in the whole of Muscat, and the dive sites are mainly reefs. The maximum depth is about 30 metres. Just East of North Bay there is a wreck of a tugboat at about 30 metres with a concrete barge situated shallower and close by. Abundant marine life, black tip reef sharks, rays and turtles are met regularly during the dives. Two offshore reefs give ample opportunity to see large ocean-going creatures, which sometimes include whale shark, and unusual coral, which are only seen at these sites.

This is a string of offshore islands which offer a protected sanctuary for migrating birds. In order to be able to dive here, prior permission must be obtained from the Ministry of Regional Municipalities and Environment. The numerous underwater sites offer just 1h30 away from the Daymaniyat Island diving centre, unspoilt diving, pristine coral gardens, reefs, walls, abundant fish life, large pelagic, turtles, rays and various sharks, including leopard sharks which have only been seen here. The whale shark is also a frequent visitor.

1 Hour away from diving centre, the wall at Ras Abu Daoud varies in depth from 8 to 30 metres. Here, you’ll find a delightful swim-through where you will literally have to push the fish out of the way! Your second dive is usually the Quriyat wreck “MS Mimoona”, lying in 8-16metres. Cargo is still identifiable and spread over a large area. In the wheelhouse you can often find the some enormous resident honey comb moray eels. Schools of fish abound, particularly barracuda and occasionally the rare frog fish can be seen.