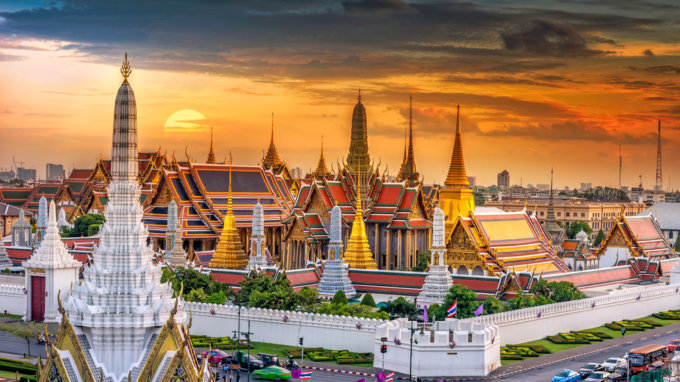 5 Outstanding Places To See While Traveling to Thailand

If you’re visiting Thailand soon, you’re in luck. The country is one of the most thrilling tourist destinations in Asia. From its metropolitan capital to parks and ancient ruins, it’s just amazing. Then there are the good foods and Thailand’s famous islands. Not to mention the many fabulous and affordable hotels in the heart of Bangkok such as Courtyard by Marriot Bangkok.

However, since you might not have the time to visit all the cool destinations, we’ve drawn up a list of the five must-see sights that you should put at the top of your list.

Ayutthaya is a UNESCO World Heritage Site. That alone should tell you everything you need to know about the park – it is a one-in-a-million site. Located one-hour drive away from Bangkok, it was the second capital of Siam (Thailand) between 1350 and 1767 when the Burmese attacked the city and burnt to the ground sacred shrines, Buddha statues and a lot of other buildings. The remains of the attack remained buried beneath the ground for hundreds of years, but were recently unearthed! A trip through the ruins is something you cannot miss!

Following the destruction of Ayutthaya, a new capital for Siam was built along the Chao Praya River. This capital features one of Bangkok’s most elusive structures in the name of the “Grand Palace.” The 218,000 square meter walled palace comprises throne halls, government offices, royal residences, Buddhist temples, and unique works of art such as the Upper terrace which features a golden chedi and the Royal Pantheon where statutes of past rulers of the city reside. According to those who’ve visited the palace, you need at least three hours to explore the site.

Widely considered one of the best beaches in Thailand, Railay delivers on promises of blue waters, white sand beaches, and a feeling that you’re on top of the world. There are a lot of activities to partake in once on the beach. You can ride a boat to the island gateway to climb rocks. You can go elephant trekking. Then, you can also consider whitewater rafting, kayaking, and snorkeling.

In Thailand, markets are not a just a place to sell and exchange goods; they are also a place to show pride in the local culture. This, you can quickly tell from the many floating markets – the Damnoen Saduak being one of the most famous. Located about one and half hours away from Bangkok, the market comes alive with all kinds of foods, souvenirs, clothing, and fresh produce.

Finally, this list would not be complete without the mention of an elephant park. Thailand is known for being the most elephant-friendly country in the world. Here elephants are revered and treated with utmost dignity and respect. The Elephant Nature Park is currently home to hundreds of these wild animals. Take some time to visit the park and take pictures hugging your favorite calf.

If you still have time after visiting all these five spots, you can consider visiting the Tiger Kingdom, the Bo Sang Umbrella Village, and the Chiang Rai White Temple. These are also very cool spots.